Thought it might interest you.  this is my latest freehand sketch of a shunting proa I want to build. Is a wave piercer canoe with a tent stretched over it. Is an outrigger 25' long, design to go…Continue

Comment by Alex on March 11, 2013 at 4:39am
Very nice! I'm guessing that those good Polynesian looks, it will be a crabclaw rig? What will the AMA be?

Thanks for the complimentary comments!

I was interested in outside opinion on the looks of this out of the ordinary craft. Unfortunately the ama looks really rough and is only worth anything when used on the water. But I do have a mold of it, so will be making a better one soon. Next one will be lighter and carry more water ballast to bring it up to weight whereas the current one is as heavy as a log.

As previously stated the maneagability is important, so water ballasting of the ama adds to this feature.............light when needed when carrying, or as heavy as desired for stability.  Water can be automatically dumped if heeled over to the extreme........well, this is the theory which needs to be put to proof.

The  sail and rig is a variation of the traditional crab claw, which can be easily single handed with the aid of running rigging developed on other shunting canoes i have had. A pic will soon show this system since my hand is beginning to function without problem.

Comment by Alex on March 12, 2013 at 4:23am
I like the looks. Just as I like wharrams but especially the pahi range. Not to everyone's tastes tho as people want a modern or fashionable look. But modern/ fashionable also date a boat, which means it goes out of fashion.
Wharrams,to me at least, have looks that don't date.
Proa-wise, it seems the trend is towards a modern and sleek,racer look but then most are attracted to the speed.
I want a voyaging canoe - whether catamaran or proa...
Unless you want to sell plans or boats - as long as you like your boat and its looks - who cares what others think!

I would love it if you could find time to load this photo on your page so all can se it [only a few check this page yet]. Also it is a wonderful demonstration of how this site might be improved by welcoming a wider range of contributor ??

If you use  internet explorer, with rigth clic you can  access to bing translation wich translate all the text in any langage . as you see i dont use any translator ...

I am part of this sub group as a result of your instigation :-) and I get your drift on broadening the subject range on this site, but as with my designs and your ‘Small Pahi’ group it may be better to tread carefully.

As it is I am pressed for time now but would like to sometime in the future do more documentation and illustration of the Siderigger development. For now it is better to keep within confines of this sub group.

A quick scan of other members shows some interesting work going on, and forgive me Laurent for not answering the ‘proa’ questions……….it’s just that previously (on the internet) I have got into a tangle with other proa people about definitions and suchlike.

For me it is simple…….. there are outrigger canoes and double canoes, and I like Wharram double canoes that are assembled with rigging. In the same way that I like genuine outriggers…..with actual rigging.

There are a number of other multihulls with different size hulls which are usually called proas...... of some or other kind, Although there have been shunters called Pahis too.

Excuse the lecture, but I wanted to be commumicative instead of just posting a picture………Following is a pic of the Siderigger (name: Rangiiti) with the mast. 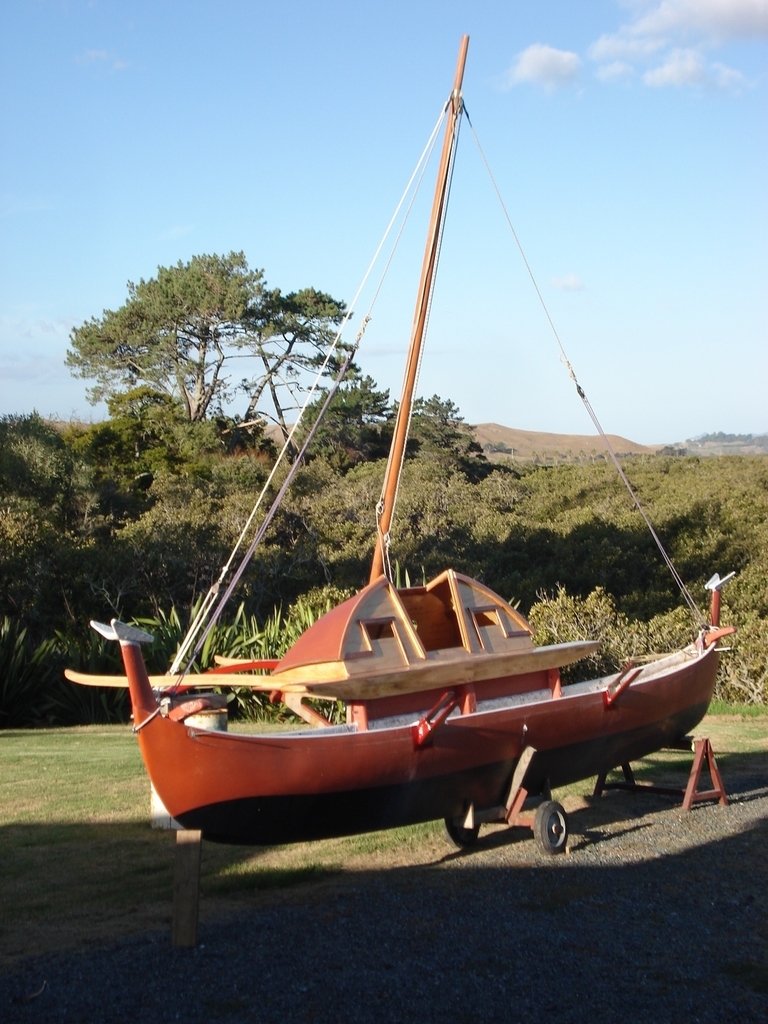 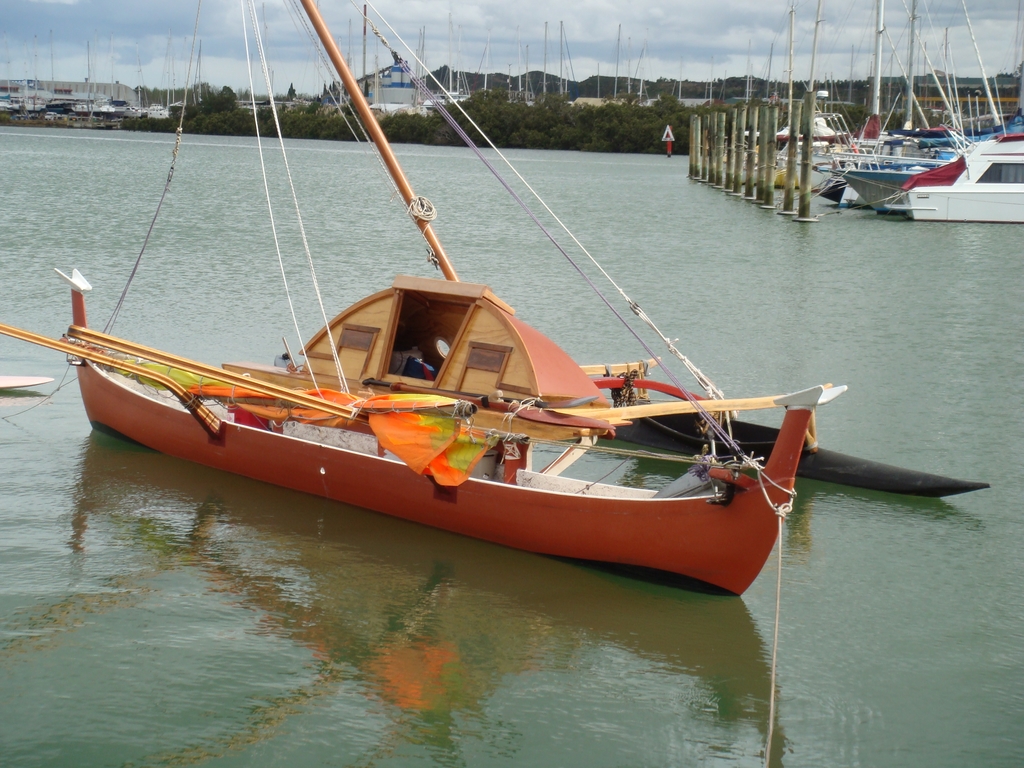 Have managed to get on the water and do a bit of sailing......some pics here 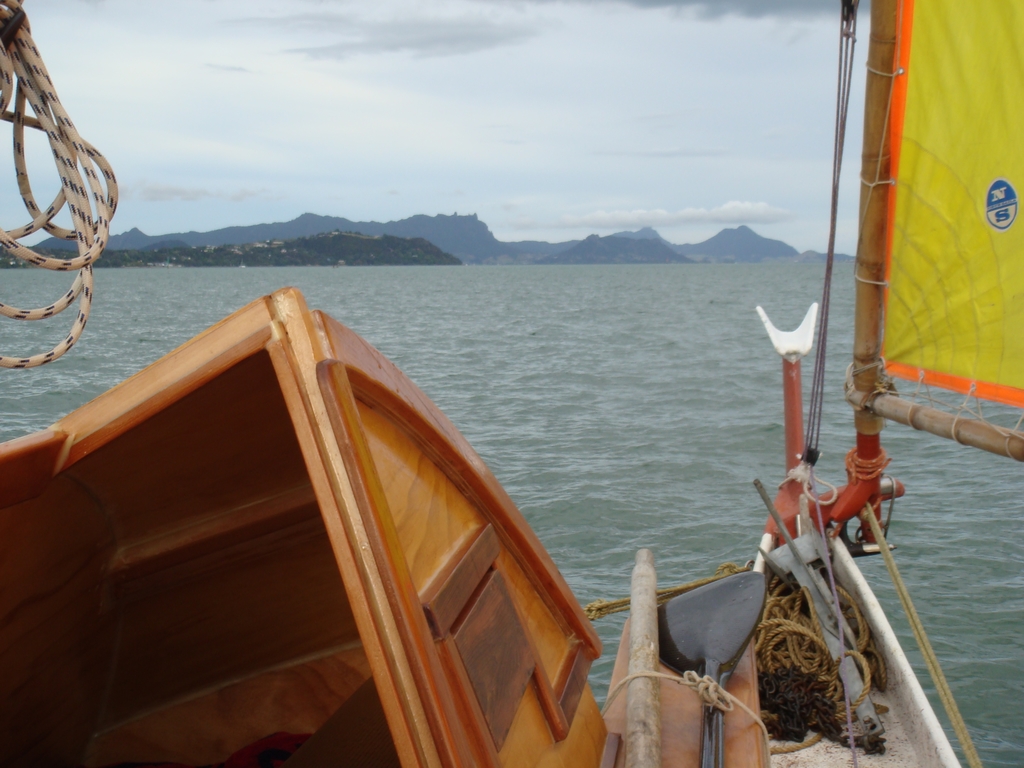 You need to be a member of and Friends/other multihulls. to add comments!