Even though I was more or less ready last year it took me again almost until the end of summer to finally launch my boat! It was awsome but as you can see almost no wind (so I still wait for a real test): 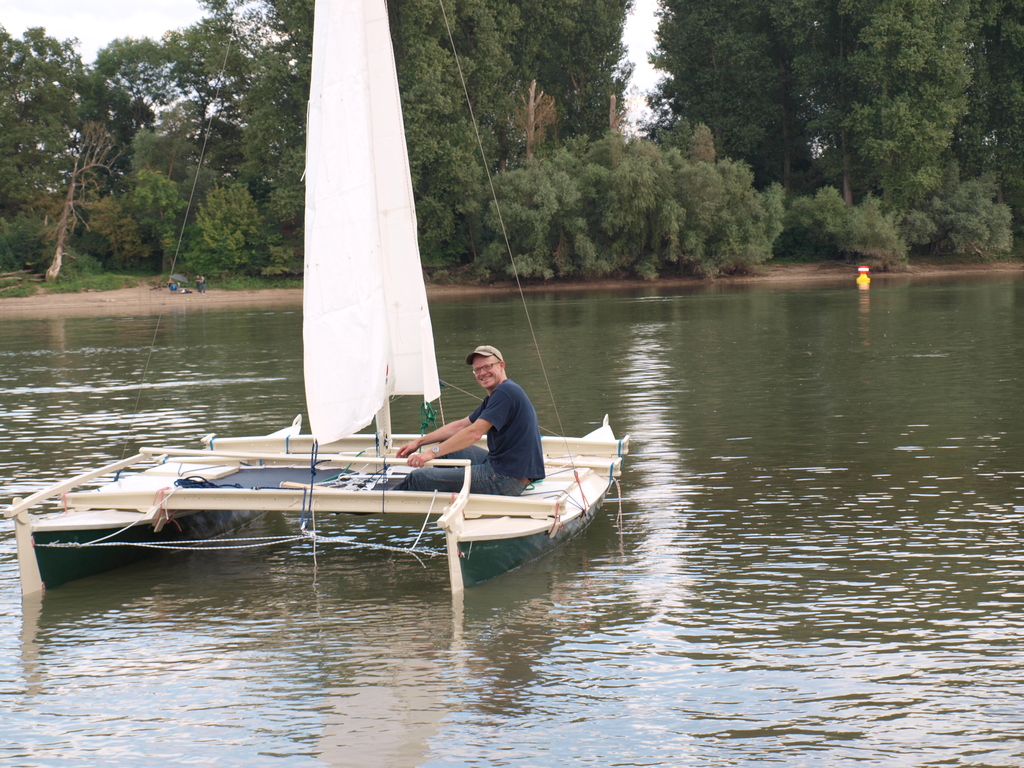 Now that the boat was in the water I also want to mention some suppliers who did a great job:

Looking good! I'm happy to see I'm not the only one to go with green hulls and the wingsail modification.