Looking for a Wharram in South Africa

I'm situated in South Africa Eastern Cape and really want to get a Wharram, ocean going so anything from 26 - 30 ft. Semi complete or complete needing work. Or even if there is any way to get a GRP hull shipped here. I plan to complete the circumnavigation that my parent's and I started on JUNG JUNG, Need to cross the Indian Ocean and get to NZ first.

Permalink Reply by boatsmith on August 14, 2010 at 5:28pm
I would be happy to build and ship either 26',30' or 36' foam core fiberglass hulls to you for a very reasonable price. A pair of any of these hulls will fit into a container and containers are pretty cheap to ship. David david@boatsmithfl.com 561 632 2628 www.boatsmithfl.com 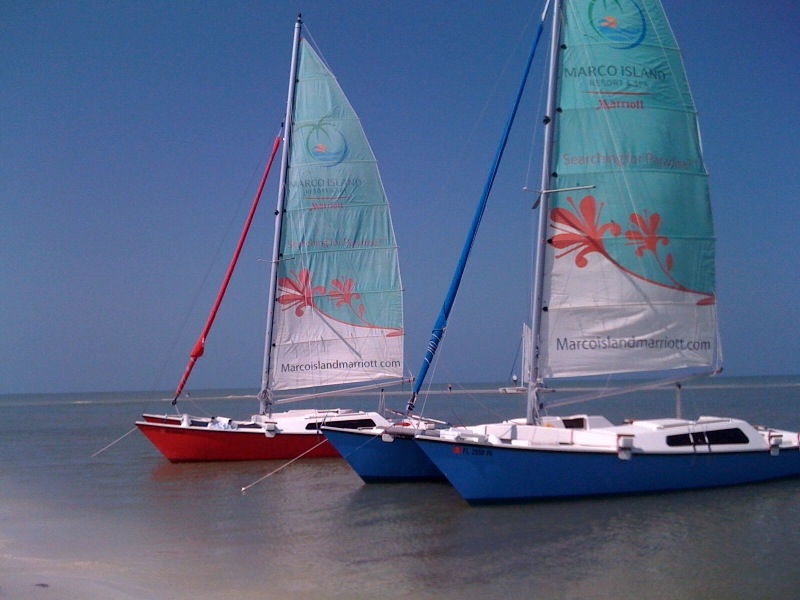 There was a yellow Tiki for sale on the Vaal dam but that was a while ago and finally just to temp you with a bigger boat - a Pahi 42 in Richards Bay for R335.000 - 90 percent fini project - that ones on Apolloduck website. There is also a classic - can't remember which - ln Mosselbay for R885.000.

Check this website for pictures of my boat. As the professional builder pointed out it could be shipped, or you could start cruising the Pacific from Hawaii!

I spent a year apprenticed to a boat builder on Lake Pend Oreille, Idaho years ago.  In 2000 I decided to build the Tiki 30.  It took 2500 hours over all over 8 years.  I was working full time at a "day job" at the time and in a confined space so it took longer than if conditions were ideal.

The motor in center mounted and is a 9.9 Yamaha 2007 model with less than 50 hours.  The boat does not have enough gross weight to be documented, so it is licensed in the State of Washington.

I am in the process of hauling out in the next couple of weeks to repaint the topsides and maybe change the bottom paint to a non-ablative type,

There are a number of sails, spinnaker, drifter, and a couple of special ones to use in the "sheet to tiller" self-steering method that I use.  I carried 8o gallons of water in 5 gallon food grade buckets.  It is equipped with the "AirHead" composting toilet. Galley is in the other hull - shelves and a single non-pressurized alcohol burner stove.

There are 3 anchors, VHF and HF radios and little else in electronics.  I used 2 hand held GIS units. It has two 85 watt solar panels, three batteries (two deep cycle) and a professionally installed electrical system.  All light in LED, and the is a 700 Watt Honda generator if all else fails.

There is a serial drogue which I made from a Sail Rite kit.

I also sewed the main and Genoa from a Sail Rite kite - and would include the 12 volt sewing machine as part of the boat.

Give me a call in you are interested.  I need to return to Olympia Wa to have an operation and the boat has become a burden.  Asking $30,000 US

Thanks to everyone who has posted.  My situation has actually changed, sorry have not used the site for awhile.

I have moved to NZ and have bought a 23ft Hinemo to get a better feel for Wharrams. I have had great fun on her, sailing her in 40knt winds trying my best to capsize her. You can't which is good.  Best part about her is being able to skim over sandbars and walk her of when running aground. However I am now selling her because as great as she is and as brave as I thought I was, I don't think I could cross an ocean in such a small boat. It takes a certain kind of person and I don't think I could do it.   The bunks are not big enough for me and my GF and sleeping under the deck tent is not an option in foul weather.  It's a very wet ride in strong winds and a choppy ocean which is when I love to sail.

So when she is sold and I have made some dollars which thankfully are worth much more than rands, hopefully I could afford to buy a bigger one.

@ Sam Wentz, I wish I had the cash right now, this move to NZ has cost me a chunk of savings.  She is what I am looking for, the next step.  Perfect actually. I wanted a Wharram to sail and surf around the pacific. Hence my move to NZ aswell. So I am one step closer. I'm sure she will be snapped up very quickly, if not I will keep my eye on the prize, so please keep me linked to her sale progress(ie if she will be listed with a broker).

Hi Jesse,  The boat market here is very slow, and I am not ready to take a big cut in the price.  So I will continue to plan on continuing farther south.  I am slowly regaining the courage to do so.  I feel that a radar system would add greatly to my confidence to continue, either  solo or with crew,  If I do set sail, I should be close to you this time next year.  My final port of call is either New Zealand or Australia,  Send me your email so I can add you to my contacts, as I send out an email update (sporadically) as I travel.

Exd.electrical@gmail.com keep in touch would love to maybe help with crewing. Right now I need to work a bit but we will see how things go.

They use way to much power and are really not very usefull on a small boat as you are so close to the water that the signal is usually so messed up you can't see anything. Ok you can use them to spot the coast, but sometimes it's just clouds. We had one on a trip down the east coast of africa. What a pointless device, unless you know how to operate it 100 percent and you gonna sit staring at it all night, not very practical.

Rather get AIS, much simpler and way more effective.  On a delivery on South African coast to Cape Town, the last one I did we had it and it was awesome. Audio warning when ships are near and gives you name of ship so you can call them on radio and chat to them, even skippers name.

I know people think that radar is gonna help them avoid collisions with small fishing boats, lol what a joke. Mozambique coast was littered with little canoes fishing at night and fishings nets. Radar helps diddly squat, it can't pickup fishing nets up, and some guy in a fishing canoe is hardly gonna grab your attention on radar screen when you on watch for 6 hours plus. Nothing beats a big tourch, good eyes and silence, staying alert.

Don't get a depth sounder either except as a backup. Get a fish finder way better, especially in a cat when you want to navigate over very shallow reefs to get to the best beaches and anchorages really handy to see the bomies and rocks before you hit them.  So mount it as close to the bow as possible.  You may even pickup fishing nets if you set it right however I have not done that yet but did navigate a 1m deep channel through a reef of mozambique in 36ft luxury condo cat using it and it's like having a 3rd eye.(They also can see deper than run of the mill depeth sounders, which become redundant on ocean passages, but the fish finder still see's whales :)

You can tell if it's rock or sand or shale and watch contours. Also used one with great success around Cape Point, had to stick close inshore to beat up the west coast to Hout bay. Very hazardous area littered with crab pots, was very tricky but the Fish finder allowed us to tack right up to the shore over dangerous reefs because we could watch contours. (this was Hans Christian 8ton Keeler)

On a 31ft boat especially a wharram your radar will be so close to the water all you pickup is the caps of waves and clouds.

Unless you mount it on the mast high up. Either way it requires you to watch a screen which is not good for your eyes at night when you are watching the horizon. So it's hard to do both and nothing beats keeping a good watch. Radars are old fashioned and for big ships and a waste of money and power that would be  better spent making more coffee while on watch.

Points well taken!  Sailing solo there is not a watch 24 hrs so I had hoped to alarm on the radar could alert me to large ships, squalls and in fog conditions add some feeling of security.  The biggest hazard being large ships and sound like AIS would work for that.

Yeh AIS for sure,  I heard another interesting trick, I guy who sailed solo and took is guitar and amp everywhere, rigged up a mic or string pickup to his yachts hull then into amp , when he slept he would crank the amp up high, then if a ship was near within a few miles the sound of their prop would be massively amplified in the boat. Which would wake him.

After using AIS you will wonder what people did before it.

Permalink Reply by Iain &amp; Cherry Mae Cairns on September 1, 2011 at 4:26am
Good day Jesse, when u talk about AIS are u talking about the live version online. or is this sum software that u have. Thanx

Well the boat I was on had it fitted to the VHF radio, it was just a small box that linked into the VHF and then it had a small LCD remote display which had some basic functions and alarms. If I remember correctly the boat had no chart plotter, all we had was a stand alone ship GPS the VHF with the AIS linked to it and our charts.   The boat was very simple, no fancy electronics, she did had a laptop but we did not use that really except for emails.

She had been convinced to get one in Richards Bay and there had been an issue with it and the sales rep replaced it, but it was not very expensive and boy was it an awesome thing to have. The best part is playing guess how many miles away the ship is.  Place bets then look at AIS and see who is right.  The collision path warning was great as well because you could work out which angel to point in order to pass the ships stern without changing tack or panicking and dropping sails.

I swear I'm not a sales rep, not sure which system it was, but it was small cheap and low power draw and it piggy backed on VHF, I think it actually uses the ships in your location to send and recieve data so it does not actually link to a satelite.

Boat's name was Heidi and think she is in the Caribean now.