On Good Friday morning April 2, my wife Libby, daughter Rachel, and I hitched up the trailer for a three day sailing trip to Cape Lookout N.C. After a few test sails on the local lake, it would be Sandy's (my Tiki 21) first taste of salt water. Four hours later we arrived at the public launch in Beaufort, North Carolina. We set up the boat, which takes approximately one hour. I have designed and built a telescoping trailer that has been working out very well. We launched quickly because the boat width uses two ramps. Motoring along the Beaufort waterfront which leads to the ocean, we ended up turning a lot of heads. It was a proud moment after two years of building in the "Man Cave".

Since Beaufort inlet had a lot of boat traffic, we motored out into the ocean, raised the sails, and tightened up for the twelve mile beat to Cape Lookout. Sandy pointed quite well into the southeast 10-12 knot winds. The ocean had a slight swell and the ride was comfortable and dry.

On Saturday, while the girls searched for seashells, I checked the rigging and mast for any signs of stress. When putting the rig together, I spliced the standing rigging myself with Amsteel synthetics. This type of line is cheaper, stronger, no expensive terminations, and does not corrode like stainless steel.

The cockpit tent that I sewed was a failure. Since it was cool at night we slept in the hulls. My next project is ventilation in the cabins because of the condensation build-up. I cooked on a small camp stove while sitting in the cabin out of the wind. Food always tastes better on a small boat. 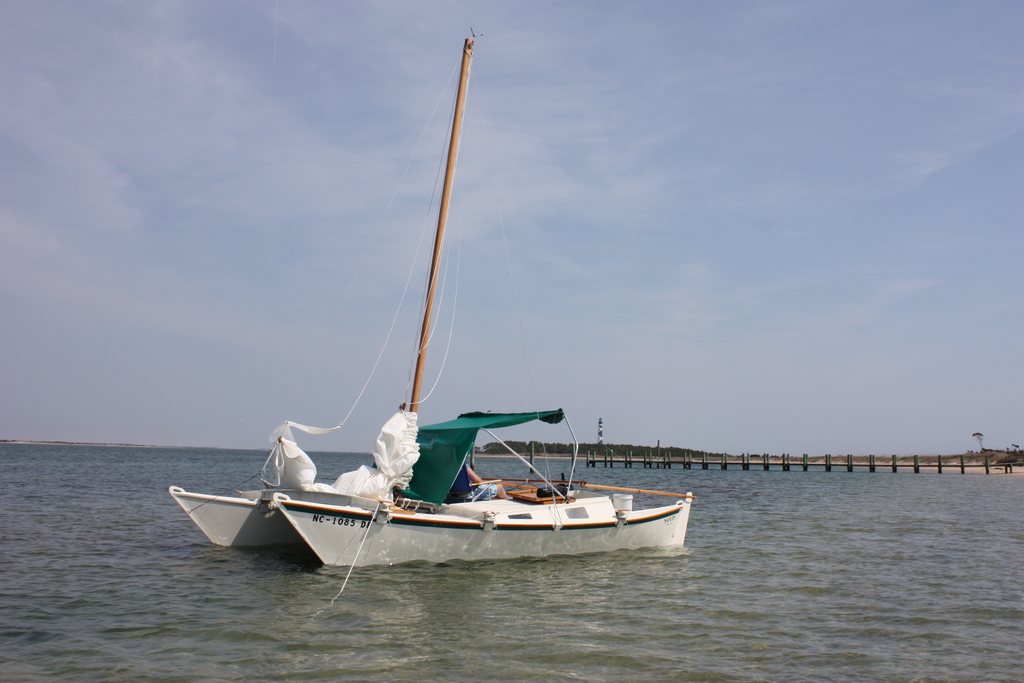 Sunday, the winds picked-up with a SW 10-15 for the return sail to Beaufort. Sandy did great. There was an outgoing tide and surfing the swell in the inlet was fun and the trampoline kept the spray down. 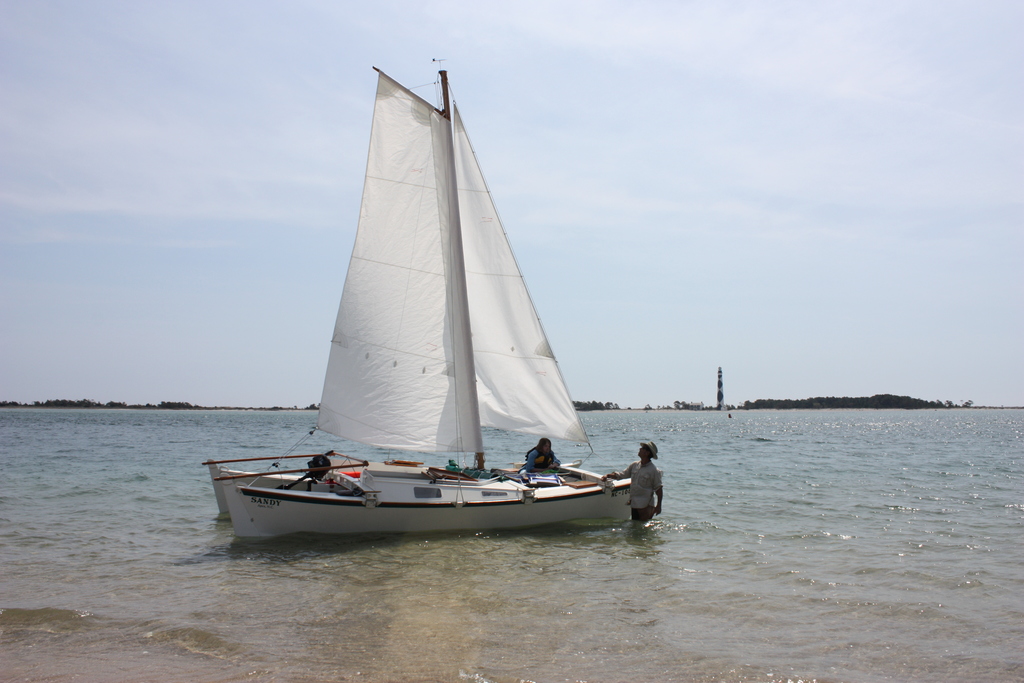 After anchoring for the afternoon along the Beaufort waterfront, we reluctantly packed-up Sandy and headed home. I can't wait for the next trip out on her.

I want to mount the outboard on my T21 "Tiki Sunrise" behind the aft beam to increase the usable deck area. I see you are doing this - but how? do you have any close-up photos that show your outboard bracket arrangement?