As a long time Wharram fringe cultist I have collected quite a file of junk. Every few years I stumble on this boat. I get all excited and worked up until something else distracts my A.D.D mind. This boat was from an old poster wharrams did back in 1980. 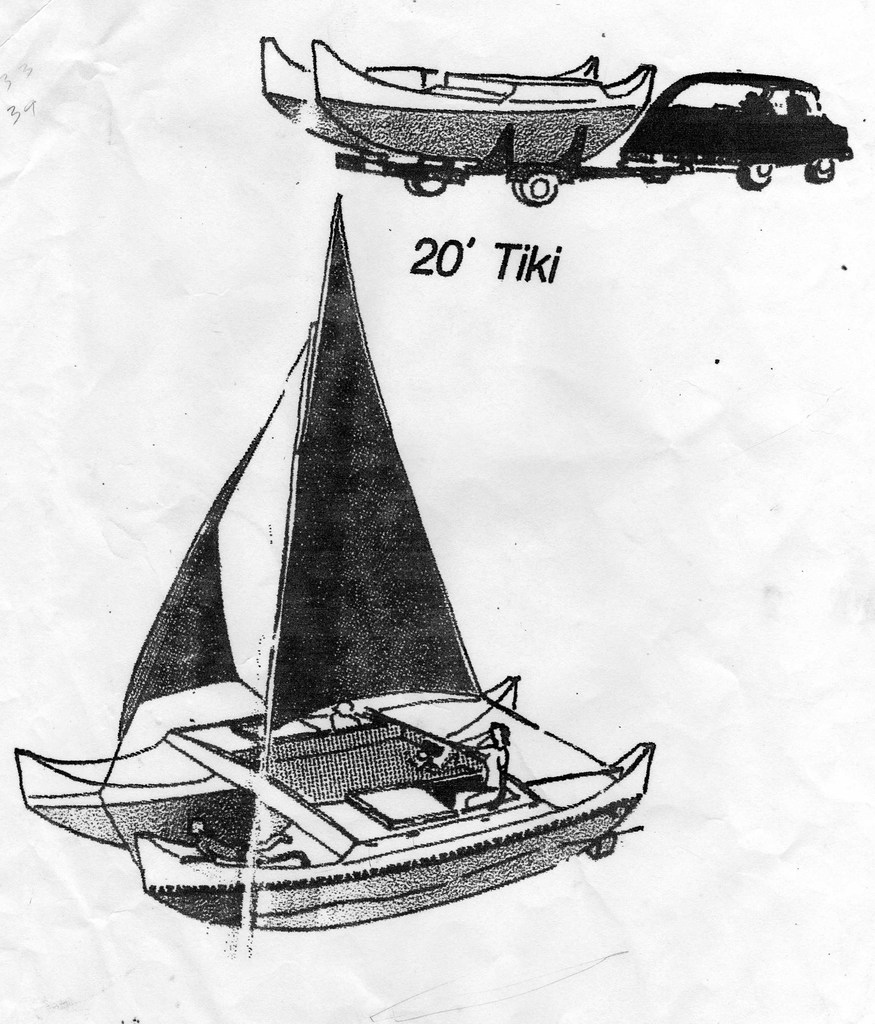 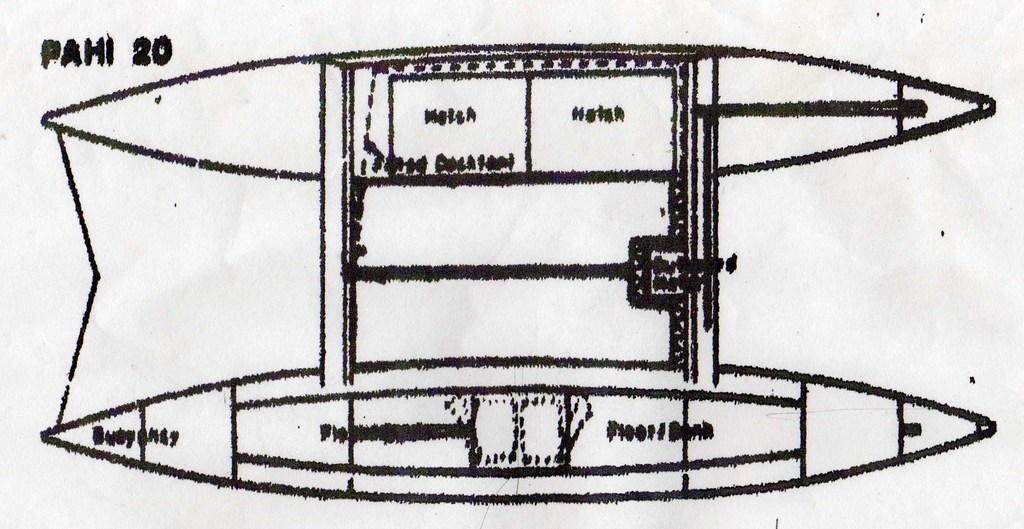 I have never been a fan of the Pahi designs but these sketches intrigued me. Later a sketch of the Pahi 20 appeared on the cover of “Sailor Man” with no explanation or comments. This cover realy catches my romantic goat. It probably was a pedpredecessor of the Tiki 21 which later took its name. I think it never made it beyond the preliminary stages. They probably next moved on to the Tiki 21 design concept and dumped the Pahi styling. A number of years ago I sent copies of this boat to Wharram Design group and asked how far they got with it. Was a boat ever built, a model built or plans developed? Do the plans still exist? They did not really answer the questions just pointed out the Tiki 21 is what I wanted. I never pursued the question again. Every now and then I wonder about this lost design. Does anyone out there in Wharram land know anything about this Pahi20? It sure is pretty …Kevin

Comment by Hector de Ezcurra on February 17, 2010 at 12:13pm
If you are interested in the Pahi 20, wouldn't the Pahi 26 be the boat for you? It's almost the same size, trailerable, but even more seawourthy, faster, and has more room on board. With it's 21' waterline, it's closer to the 23' waterline Thomas Firth Jones recommends in "Multihull voyaging" for a catamaran doing oceanic passages. You can se a short video of a Pahi 26 sailing in http://www.youtube.com/watch?v=F-29nSpdKHA .
Best regard

Comment by Kevin Hutchinson on February 17, 2010 at 1:46pm
Hello Hector ,The Pahi 26 and Tiki26 are too big for me they could not be towed by my small truck. I am not shure this Pahi 20 is what I want either. I just think its a nice design and I would like to know if it was ever built.

Comment by Andrés on February 17, 2010 at 7:53pm
In Scott Brown's forum themultihull there is the following post from Steve Turner:

Posted - 15 Dec 2007 : 17:03:09
We have re-rigged a couple of Pahi 31s with the wingsail and it noticeably improved their windward performance. As someone who once had to sail 1000 ocean miles in light headwinds on a standard rigged Pahi 31, I must emphasise that light airs to windward are NOT the boats strong point!
Having sailed most of Wharram's designs, Pahis, classics and Tikis, in sizes from 14' to 63', I can state catagorically that the small Pahis are the worst performing of all his boats. I know that this will upset a few diehard Pahi 31 and 26 sailors, who will want to defend their boats, but with all else equal a Tiki 21/26/31 will sail rings around a Pahi of the same size. (If you think that there is no such thing as a Pahi 21, well there was, but it was quietly "buried").
I am not saying the Pahi 26/31 enthusiasts should ditch their boats, boat ownership is an emotional thing, if logic dictated our choice we would all be sailing some very boring boats. But if you are looking for good windward and light air performance from a Wharram cat, the small Pahis are not the place to start.
If you can find a Classic Tane 27 in good condition, strip off all excess weight and put decent sails on it, you will have a good sailing boat. A Tiki 26 or 30 will be fast, quite weatherly and a fairly good performer in light airs. The small Pahi might just break your heart!