We are reluctantly putting up our Tiki 38 Mouzzer for sale. She has taken us to the Bahamas and back and been our home off-and-on for the last five years but we now live in the desert with our extended family. We are hoping to pass her along to someone who will be able to sail her and enjoy her as we have. With a little paint and minor repair, you could go to sea tomorrow. 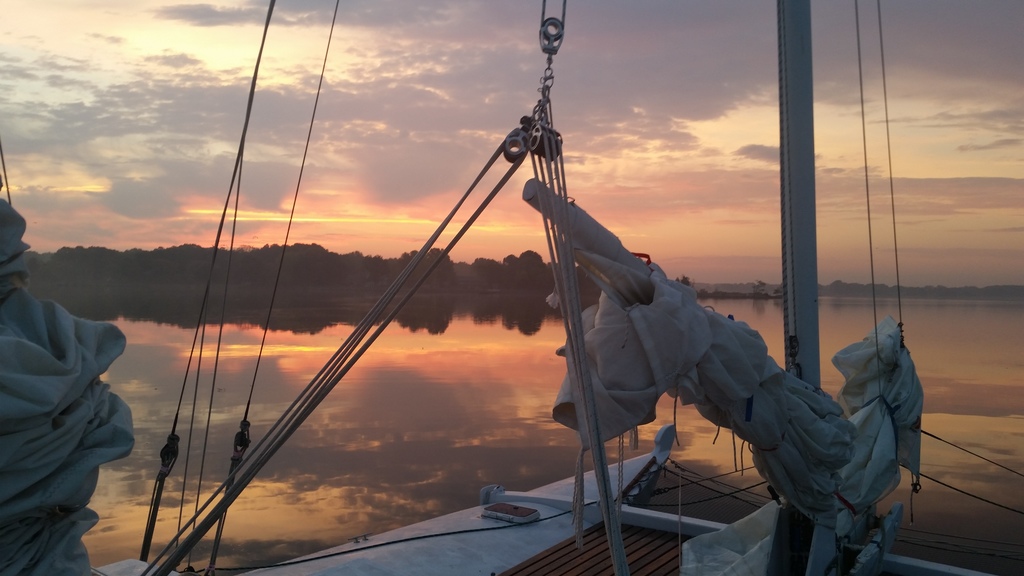 Mouzzer is built to plan except for longer coachroofs and a covered cockpit, which is well protected from wind spray and rain, with the sheets for all three sails and the spinnaker led to the cockpit winches. The spinnaker lives in a sock and is easy for one (or two) people to handle. A hatch in the cockpit roof allows the main to be handled safely from the cockpit. All sails are in good condition.

A Garmin GPS is wired into a stand at the helm. She has two 9.9 Yamahas which move her at 7 to 8 knots in flat water. A gas box on the middle deck holds six five-gallon cans, which with the two service tanks give her a range under power of about 150 miles. She also comes with am eight foot Apex dinghy with a six horse Yamaha. The dinghy is on davits to keep it above the seas, but I still have the original ramp if you prefer that. The dinghy is in excellent condition.

She has four main batteries with a built-in charger. These power navigation and cabin lights, VHF radio, and the propane system controls through 3 separate DC circuits. Two fiberglass propane cylinders fuel a three-burner stove with oven in the port cabin. A large Engels refrigerator/freezer, located in the forward starboard cabin, is powered by two solar panels led to a dedicated battery. The head has a composting toilet and a small sink. The port cabin salon has a raised floor for storage and a folding table allowing the area to be used as a separate bunk if necessary. Four 5-gallon cans of water are plumbed into a foot pump at the main sink in the galley. 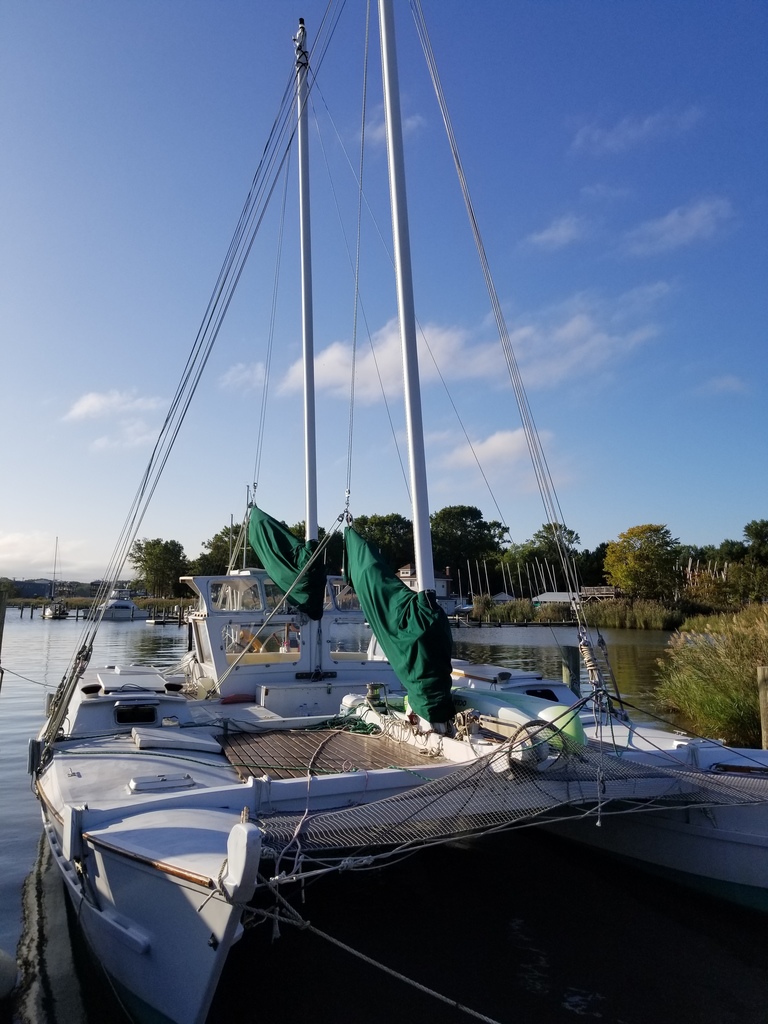 She is currently on the hard south of Annapolis, Maryland, but will be back on the Bay in the spring. She has been stored out of the water either every year or every other year since she was launched in 2008, and her bottom is in excellent condition. 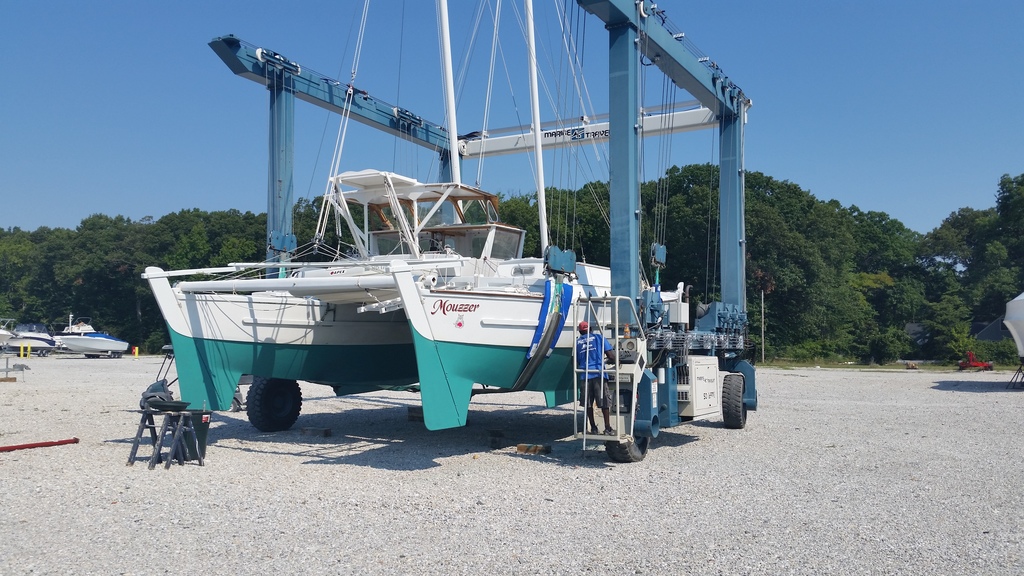 Replies are closed for this discussion.

Permalink Reply by Wyatt Bostick on December 30, 2017 at 8:49pm
Hello
Is the boat listed someway I can see more info and photos?
Very interested.
Thanks Wyatt

Hello
Is the boat listed somewhere that I can see more info and photos?
Very interested.
Thanks Wyatt
wyattbostick@hotmail.com

tried to send info and pix but email did not go through. You can reach me at ron.mouzzer@gmail.com with contact info. Hope to hear from you.

Mouzzer has been sold to a buyer from Florida. I was sorry to see her go, but glad she is going to a new family who will take care of her, and take her on many new adventures. I received a lot of inquiries on the boat and tried to get back to everyone to let them know the boat had been sold. Thank you all for your interest. The Tiki 38 is a great cruising boat and I wish everyone looking the best in finding a good one.